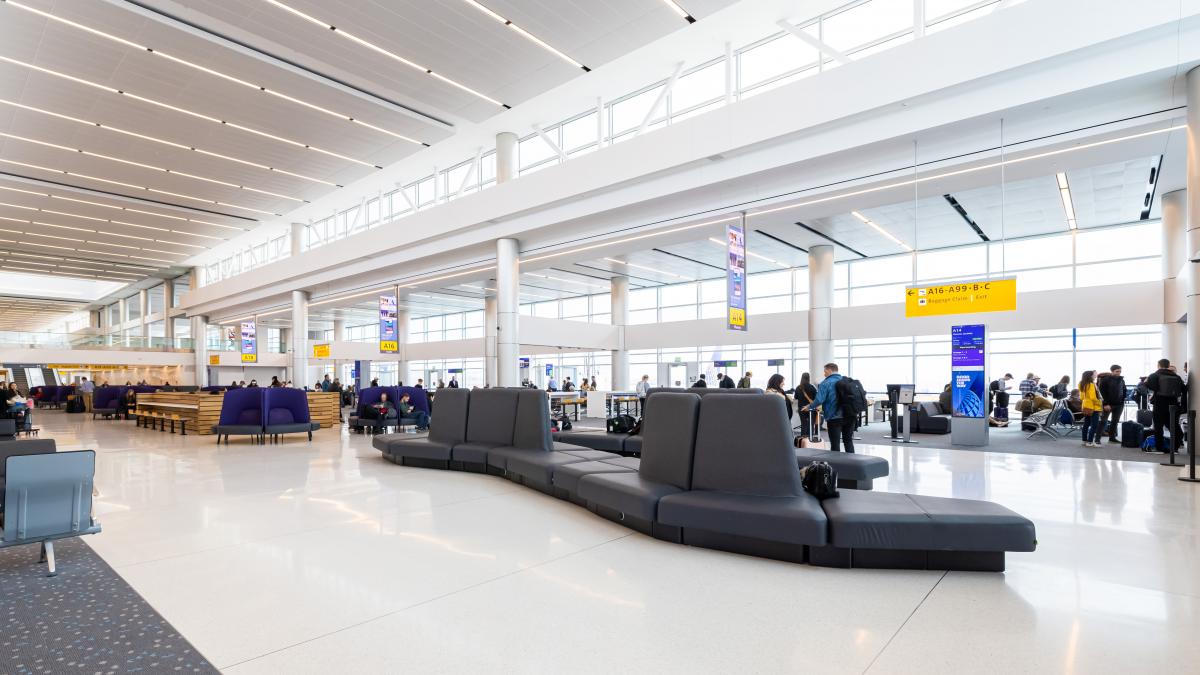 Over the last 27 years, Denver International Airport has grown from 33.1 million annual passengers to more than 69 million passengers and 58.8 million in 2021 (post-pandemic). DEN was one of the fastest-recovering airports. While passenger traffic slowed in 2020 and 2021 due to COVID-19, DEN has outgrown its facilities which were built for 50 million passengers. In response, DEN is making many improvements to accommodate the continued growth, including expanding and enhancing Concourse A-West, Concourse B-West and B-East, and Concourse C-East.

DEN built 39 new concourse gates, increasing overall capacity at the airport by 30%. The new gates, on all three concourses, allow DEN’s airlines an opportunity to grow and for DEN to accommodate new airlines, including international carriers. In May 2018, DEN broke ground on the Gate Expansion Program, then opened the first completed area, B-West in November 2020, C-East in May 2022, B-East in October 2022 and A-West in November 2022.

The original budget was $1.5 billion to construct 39 new gates. Once the gates were officially leased to United and Southwest, DEN added work to the Program to accommodate the relocation of various airlines to other gates. This work includes the buildout of a new commuter facility, new airline support spaces, a new club for American on Concourse C and gate modifications and technology upgrades. The additional budget also allows for the construction of the ground load facility including five new gates for Frontier Airlines. DEN is an enterprise of the City and County of Denver and does not operate using General Fund tax dollars.

The DEN Gate Expansion Program broke ground in 2018. All expansion areas are now open with most new gates operational.

Back to Major Projects