The youngest airport in the United States is now officially a quarter of a century old. On Feb. 28, 1995,  Denver International Airport (DEN) opened to the public. Twenty-five years later, DEN is experiencing record-breaking growth, has out-grown its original facilities and has become an economic powerhouse in the region.

DEN replaced Denver’s former Stapleton International Airport, which had exceeded its original design capacity and was plagued by flight delays and an inability to expand. After locating a new site for what would become the newest and most modern airport in the world.

On Feb. 27, 1995, more than 100 aircraft, 13,000 vehicles and 6,000 rental cars were relocated to the new airport in just 12 hours. DEN’s first departure was United Airlines Flight 1062 to Kansas City, and the first arrival was United Airlines Flight 1474 from Colorado Springs. On opening day, DEN accomplished the world’s first triple-simultaneous landing using the most sophisticated aircraft control tower in the country. 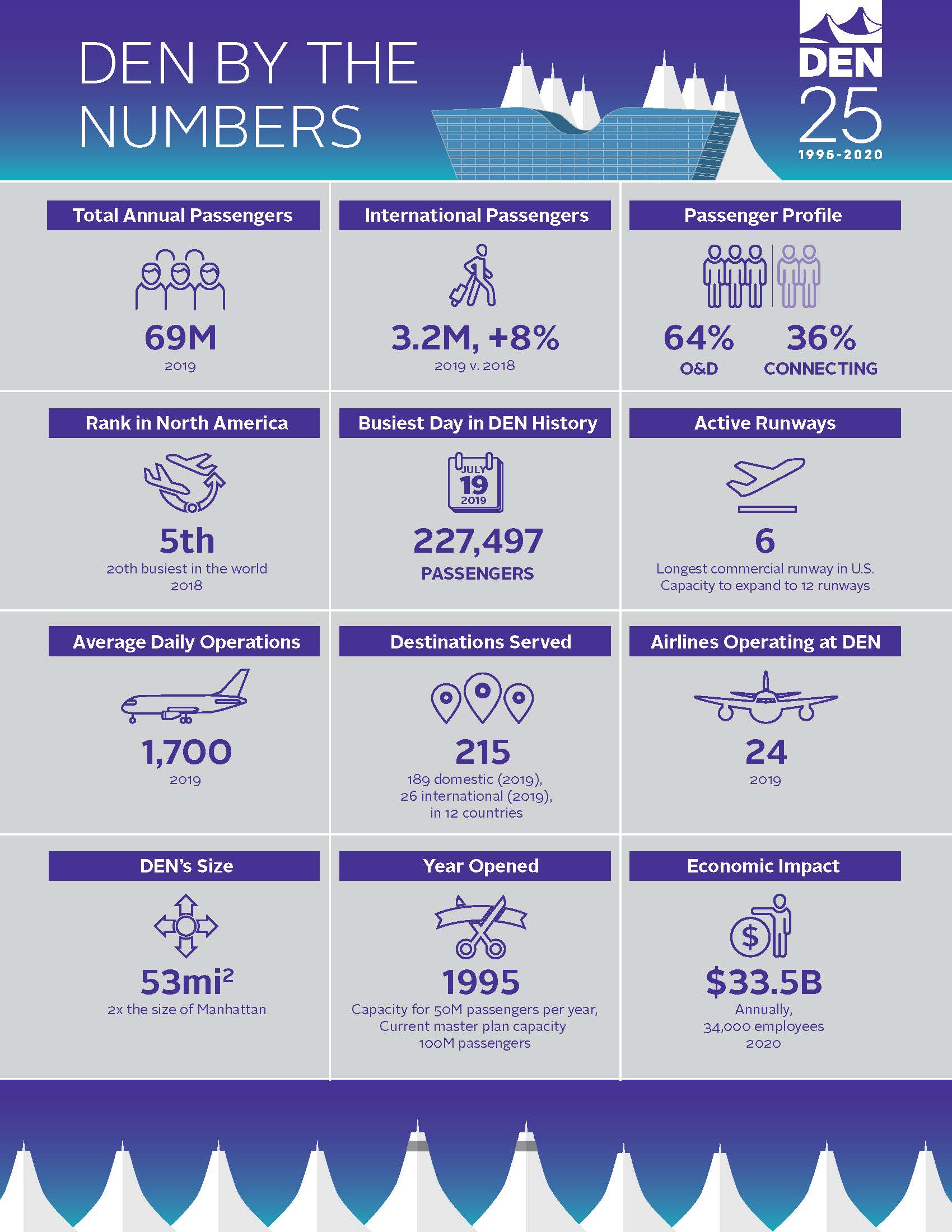 In 2019, DEN’s airlines served 215 nonstop destinations, including 26 international destinations. DEN welcomed two new international routes, Cayman Airways with the inauguration of new nonstop service to Grand Cayman and United added nonstop service to Frankfurt. Domestically, DEN inaugurated nonstop service during the year to 15 brand-new destinations, securing its spot as one of the largest domestic networks. DEN’s airline partners added 21 additional nonstop routes to existing domestic destinations, providing DEN passengers with more carrier options. The airport also experienced a spike in mail, freight and cargo operations with nearly 672 million pounds of cargo being transported, a 9.5% increase over 2018. This is the highest annual cargo volume that has passed through the Airport since 2005, which had about 683 million pounds of cargo.

See all of DEN's destinations by clicking here.

DEN is known for the iconic 21 tents, with two layers and one remarkable horizon. The tents cover DEN's terminal, and can been seen from miles away. 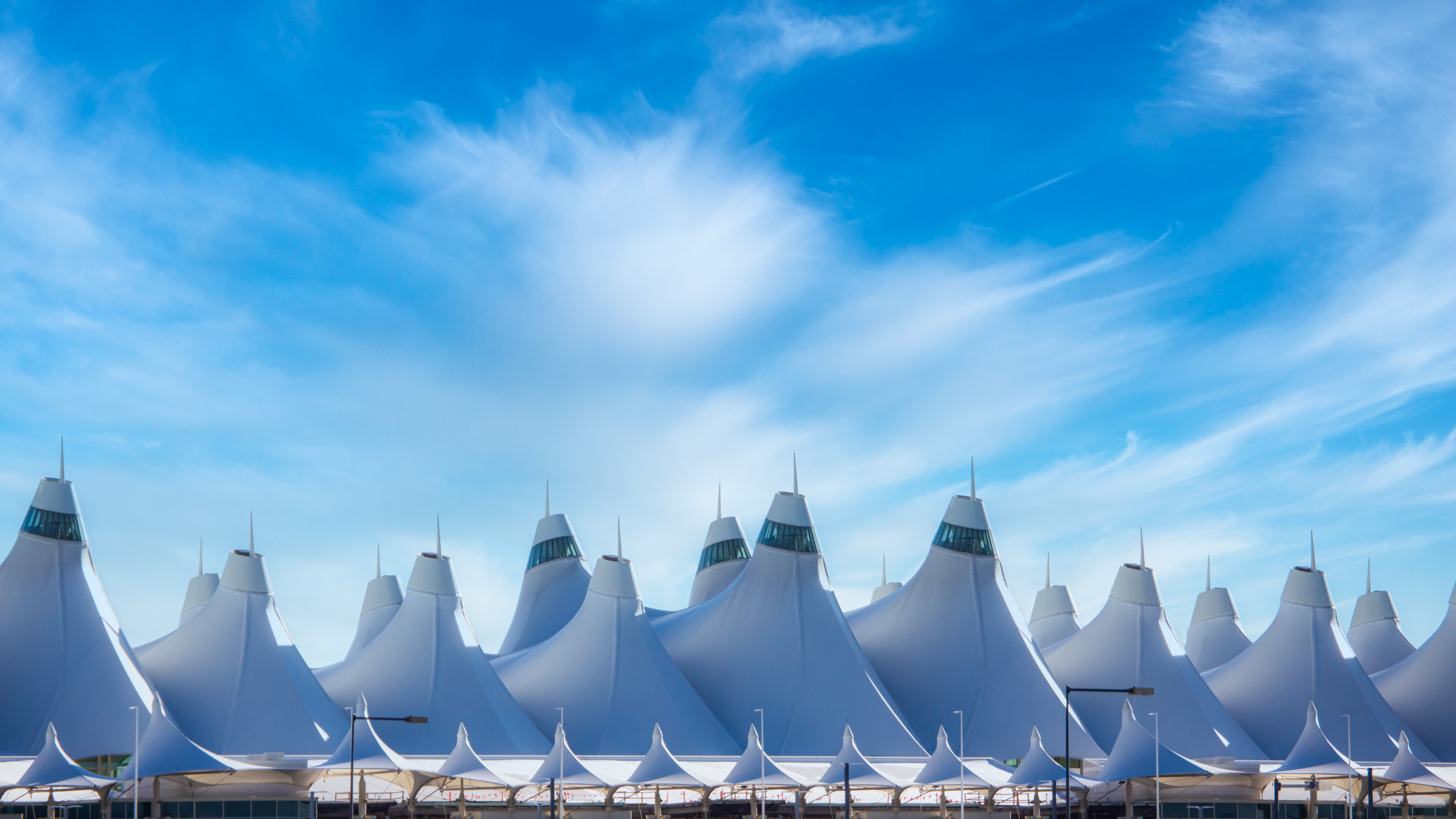