Construction is now complete on the new C-East gates. The expansion area includes 16 new gates, 20 holdrooms (passenger waiting areas at gates) and additional airline support areas for a total of 530,000 square feet, which is the largest space commissioned by DEN since the Westin Hotel and Transit Center in 2015. The new gates will be operated by DEN partner, Southwest Airlines, which will make DEN the largest Southwest Airlines hub in the country. 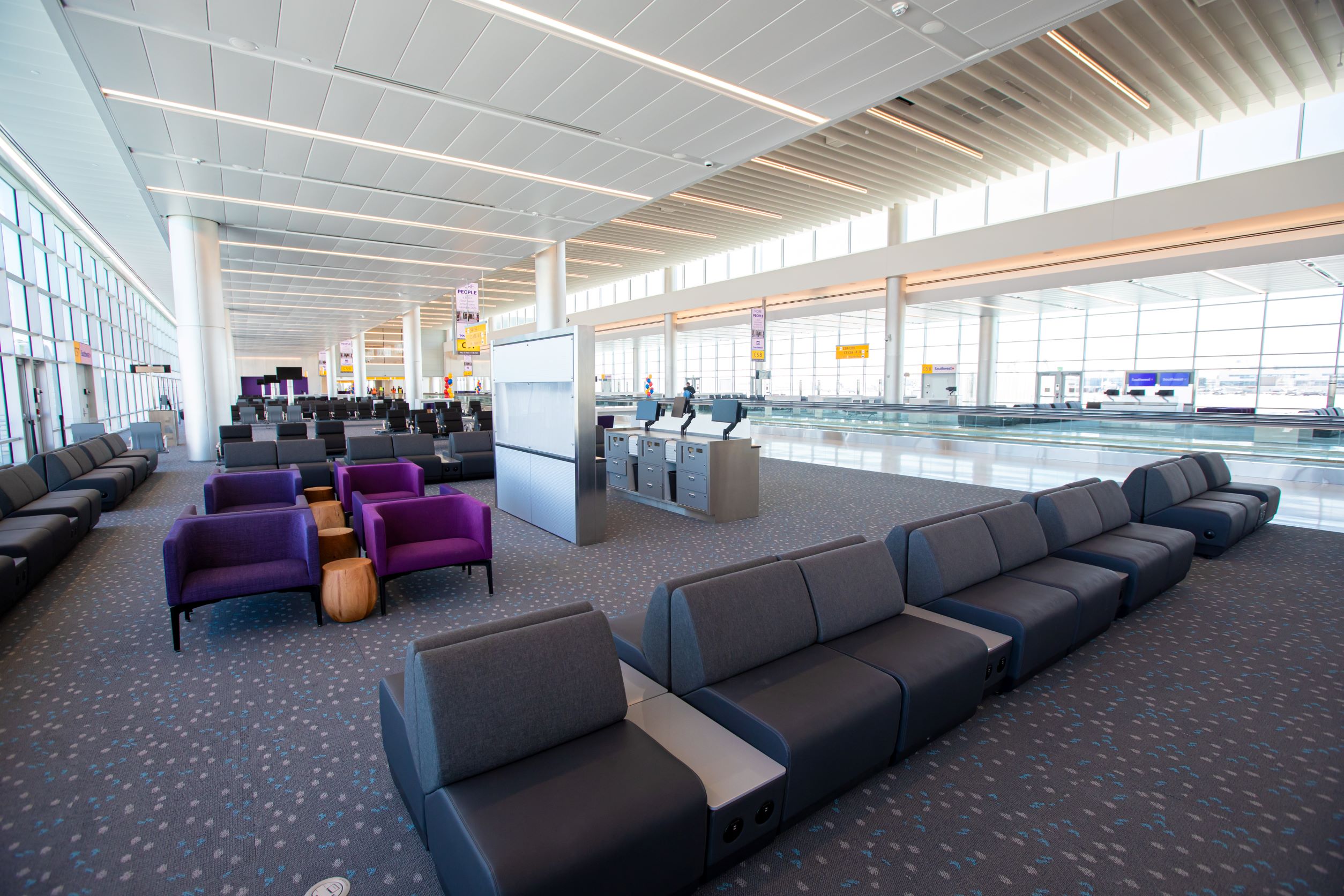 Key features of the new space include:

Much like the expansion on B-West, the C-East gates reflect DEN’s commitment to sustainability and is expected to be LEED Gold Certified. Sustainability features of this expansion area include a rooftop solar system with the capability to generate nearly 355 kilowatts of electricity. Additionally, the project was designed with energy efficiency in mind and is projected to reduce energy use of the facility by 30% over a conventional design. Low flow fixtures, toilets, and urinals are projected to reduce water use in the facility by approximately 47%.

Southwest Airlines began operating out of the new gates in May 2022. Two of the new 16 gates will remain closed for several months to allow alignment and tie in with existing gates and new holdrooms. They are expected to be operational by October.

Key features of the new space include:

The Concourse B-West Expansion Area opened with a virtual ribbon-cutting event on Nov. 20, 2020. After breaking ground in May 2018, the project was completed on time and on-budget, with the first flights departing from the new gates on Nov. 22, 2020. Passengers can expect to depart from the new gates on flights with long-time DEN partner, United Airlines, who has leased all new gates coming to Concourses A and B.

Back to Gate Expansion Program