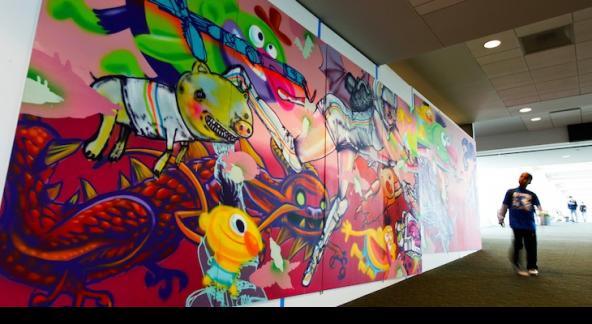 Denver International Airport commissioned accomplished street artists Sam Flores, David Choe and Highraff to create a mural exhibition that was on display throughout the airport. The artists each produced 100’ x 8’ murals that were used as construction barricades at the sites of airport improvement projects. The exhibition was meant to be fluid and easily changeable, like graffiti itself, with the potential to turn up anywhere in Denver International's main terminal or on the airport’s three concourses.