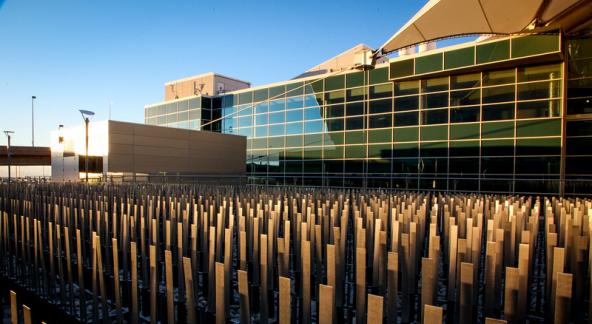 California-based sculptor Ned Kahn has created a large wind-activated sculptural installation titled, “Field of Air.” For his artwork at DIA, Kahn was inspired by the way the grasses of the plains expose the invisible force of the wind. Each of the thousands of individual blades will be made from brushed aluminum and hinged so that the fascinating play of air on the plaza becomes a contemplative or even meditative backdrop to activity.

Kahn’s kinetic work graces major private and public institutions worldwide and is the recipient of a Macarthur “Genius” Award. His past work is focused on this concept of making discreet natural forces visible through mechanics.