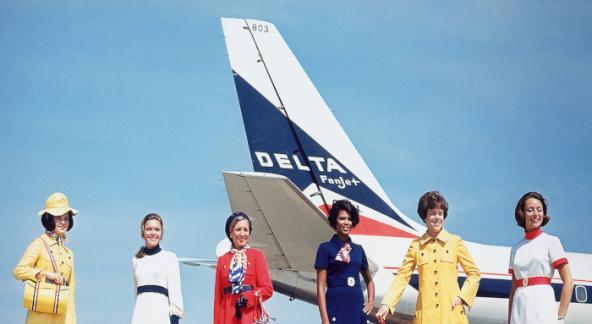 From the fashion runway to the airport runway, stylish and trendy flight crew uniforms have stood the test of time for nearly 100 years. Fashion in Flight, Denver International Airport’s (DEN) new art exhibition, displays over 40 flight crew uniforms and accessories from multiple airlines that span from the 1930s to current day.

The Fashion in Flight exhibit showcases the uniform designs influenced by era, fashion trends, functionality and the globe-trotting flight crew themselves. Uniform design ranges from the military-inspired skirt suits of the 1930s and 1940s, bright colors from the 1970s and 1980s, pinstripes and shoulder pads of the 1990s and finally couture designers influencing fashion-forward uniform collections for major airlines thereafter. Unlike any other mode of transportation, the aviation industry has always embraced safety in style.

The mission of DEN Arts is to engage, educate and entertain the public audience. Both the public artworks and temporary exhibitions aim to connect a local and global audience to the environment and culture of the vibrant City of Denver and the unique State of Colorado.