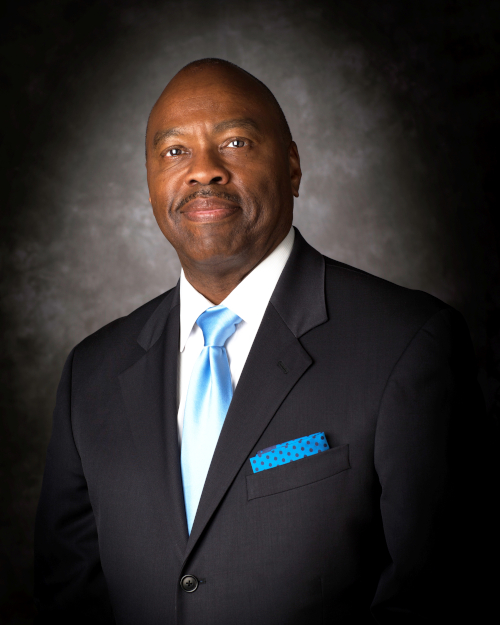 Phillip A. Washington was nominated by Denver Mayor Michael B. Hancock and unanimously confirmed by the Denver City Council as Chief Executive Officer (CEO) of Denver International Airport (DEN) in July of 2021. DEN is the world’s 3rd busiest airport by passenger traffic and is Colorado’s largest economic engine with an annual economic impact of $33.5 billion. Under his leadership, DEN announced the Vision 100 strategy to prepare and improve the airport’s facilities and operations for the anticipated 100 million annual passengers within 10 years. He co-founded the Equity in Infrastructure Program (EIP) to improve contracting practices by creating opportunities for historically underutilized businesses. DEN is one of five agencies that have signed the EIP pledge.

Prior to Washington’s arrival at DEN, he was the CEO of the Los Angeles County Metropolitan Transportation Authority (Metro) from 2015 to 2021. At Metro, Washington managed a balanced budget of more than $8 billion and provided oversight of an agency with 11,000 employees that transported 1.2 million boarding passengers daily on a fleet of 2,200 clean-air buses and six rail lines.

Washington also served as the CEO of Denver Regional Transportation District (RTD) between 2009 and 2015 and worked as the assistant general manager of RTD for nearly 10 years before being named CEO. In Denver, he led and implemented the FasTracks program, one of the largest voter-approved transportation expansion programs in the country.

Originally from the South Side of Chicago, Washington is a 24-year veteran of the U.S. Army, where he held the rank of Command Sergeant Major, the highest non-commissioned officer rank an enlisted soldier can achieve. He retired from active duty, is a disabled veteran and was awarded the prestigious Defense Superior Service Medal for exceptional service to his country.

He holds a B.A. in Business from Columbia College, an M.A. in Management from Webster University.

Cristal ensures the CEO’s vision is operationalized throughout the airport. She leads airport-wide governance and strategic initiatives, equity, diversity and inclusion efforts and employee empowerment initiatives, including oversight of the team developing the Center of  Equity and Excellence in Aviation. She also leads the airport’s strategic partnerships and oversees the airport’s external affairs unit which includes all stakeholders and government relations’ strategies and relationships at the federal, state, and local level. Prior to her time at DEN, Denver Mayor Michael B. Hancock appointed Cristal to serve as Deputy City Attorney for the City & County of Denver. Previously, she was also a shareholder at Brownstein Hyatt Farber Schreck LLP. Cristal was raised in a humble household outside of the Los Angeles area and holds a J.D. from the University of California, Berkeley School of Law. She received her undergraduate degree, with honors, in political studies from Pitzer College. She and her husband enjoy spending time on their ranch in Southern Colorado with their three children.

Steve oversees Airport Operations, Maintenance, Asset Management and Parking and Ground Transportation. Airport Operations is responsible for the safe, efficient and secure operation of the airfield, main terminal and concourses, as well as Airport Security, while being the primary liaison with the Denver Police, Transportation Security Administration, Federal Bureau of Investigation and Customs and Border Protection. Parking and Transportation is responsible for all DEN's parking lots and transportation services and lost & found operations. Asset Management ensures that DEN is taking care of its existing infrastructure.

Steve brings nearly 40 years of airline experience working in customer service and operations. His most recent role was the Vice President of Airport Operations for United Airlines where he had oversight of a $200 million annual budget and 4,000 employees. Prior to that, Steve served as the Managing Director for United Airlines Denver Hub and Rocky Mountain Region. He also worked for Continental Airlines in a number of different positions.

Mike started at DEN in 2021 as the Deputy Chief Financial Officer and is currently serving as the Acting Chief Financial Officer. Mike brings 20 years of experience in the aviation sector including serving as the Managing Director of Finance at San Francisco International Airport (SFO), where he oversaw capital finance, budgeting and financial planning & analysis in delivering SFO’s large-scale Capital Improvement Plan. Prior to joining SFO, Nakornkhet worked for United Airlines, Northwest Airlines (now Delta) and United Technologies Corporation.

Penny manages the Concessions Program, which includes oversight of DEN’s expansive dining and shopping options in the terminal and the concourses. Additionally, the Chief Operating Officer oversees Business Technologies, which is responsible for technical infrastructure and cyber security as well as Business Operations, which handles contracting and risk management. Airline Affairs and Air Service Development, which maintains the airport’s existing levels of air service while recruiting new airlines and new destinations is also part of the Chief Commercial Officer’s portfolio.

Jim joined DEN in November 2021 and brings over 25 years of experiencing managed large and complex transportation projects in planning, design, construction and commissioning. He previously led several large projects including the Mid-Coast Corridor program in San Diego, the West Rail Line – part of the $6.9 billion FasTracks program and  the Transportation Expansion Project (TREX). As the Chief Construction and Infrastructure Officer, Jim oversees Planning and Design, Airport Infrastructure Management (AIM), Sustainability, DEN Real Estate, the Great Hall Project and the Gate Expansion Program. AIM oversees the environmental processes, engineering design and construction management of roadways and runway projects as well as other enhancements. Sustainability is responsible for overseeing all activities at DEN for compliance with environmental regulations, noise management and sustainable practices. DEN Real Estate is focused on developing approximately 16,000 acres of commercial land to accommodate a range of market sectors. At 53 square miles, DEN remains positioned for growth at relatively low unit costs compared to other large hubs in the United States, which will help maintain a competitive cost structure for its carriers while keeping up with growing demand. In addition to develop the 16,000 acres, DEN Real Estate also oversee Commercial Property including the Westin Denver International Airport and Rental Cars.

Everett joined the Denver City Attorney’s Office (CAO) in 2016 serving as an attorney for DEN. In 2020, he was promoted to the Assistant General Counsel at DEN. Everett brings to this role 15 years of experience specializing in complex financial transactions. Before joining DEN, he worked for Kutak Rock as a public finance attorney and spent a decade in the law firm setting, most recently with Greenberg Traurig. Everett oversees a team of 18 attorneys and legal professionals supporting DEN in this position. DEN Legal, a section within the Denver City Attorney’s Office (CAO), negotiates real estate transactions, drafts contracts, secures bond financing, litigates and defends legal claims, and ensures legal and regulatory compliance with federal, state, and local laws on behalf of the airport. He is a graduate of the University of Colorado and Harvard Law School.