Crews will close a section of inbound Peña Boulevard at Jackson Gap Street overnight in May for necessary work on the project, including the installation of large overhead signage.

All airport traffic will be routed to East Terminal during these closures. All airlines and security checkpoints are accessible from Terminal East.

Motorists should follow all posted detour signage and plan ahead - delays of up to 60 minutes are possible between 9 p.m. and midnight on Saturday, May 15. 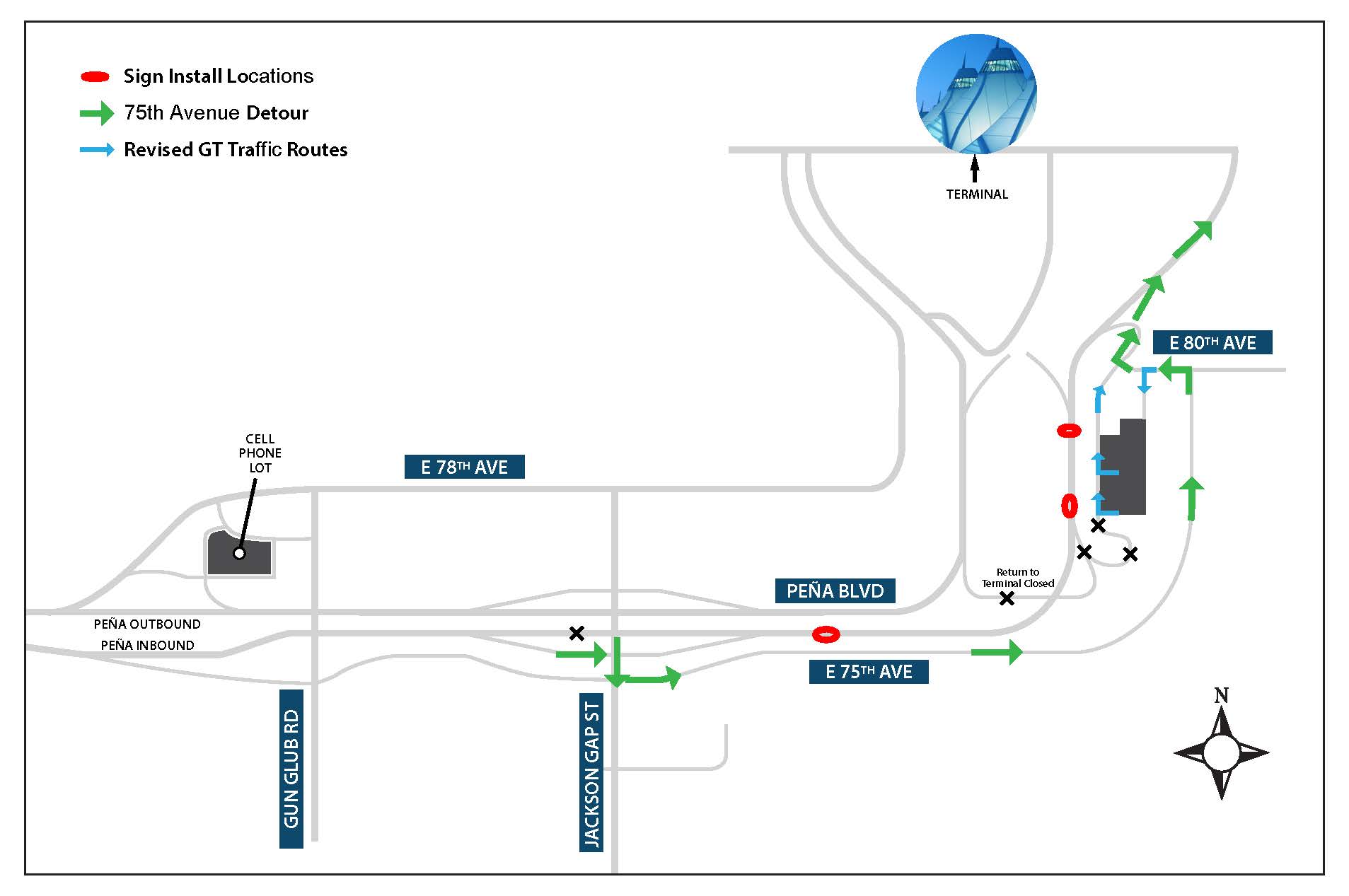 Lane Closures Associated with this Project

The Return-to-Terminal route has permanently changed. Previously, drivers departing the airport on outbound Peña Boulevard could return to the terminal by using the left lane exit on the east side of the Mustang sculpture; the route will be relocated to Jackson Gap Street.

Now, in order to return to the airport after exiting, drivers will follow a new route to the Jackson Gap Street exit, which is located approximately one mile from the existing Return to Terminal loop. Drivers should follow detour signage back to inbound Peña Boulevard. The Return-to-Terminal route using Jackson Gap Street is permanent, but once the first phase of the project is complete by the end of 2020, motorists will utilize a new free-flow ramp at Jackson Gap to return to inbound Peña Boulevard.

Additionally, due to construction-related lane closures, drivers headed to the terminal on inbound Peña Blvd. should stay in the dedicated east-side or west-side lanes before entering the construction zone at Jackson Gap:

Back to Peña Project