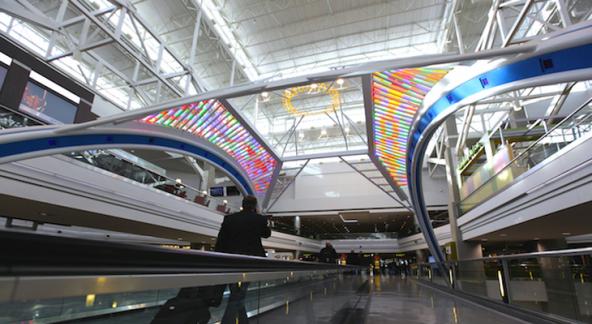 "Beaded Circle Crossing" derives its form from the lodges, tipis and beadwork of Native Americans, as well as from the bridges of Eiffel and Calatrava. The central upper rectangle, symbolic of the earth and of the buffalo, is supported by two iridescent screens of spliced colored-glass tubes alternating with "bugle bead" shapes. The gathering of the poles around the helix of yellow glass may be seen as a sun symbol or as the central opening at the top of the tipi.